We all have been talking recently about the parents role in responding to the addict.  If you’re interested in reading the view of a recovering addict, please go here: http://lifeofadrugaddict.blogspot.com/2011/03/if-my-parents-raised-me-differently.html?showComment=1300733679558#c8955509583516753815

Read the whole thing.  Because if you stop halfway you might be tempted, like was, to think, “hey – this wasn’t all my fault!”  He covers that in the end.  It’s helpful reading.  Especially if you’re wondering whether or not to boot that addict out the door…

The MOA Train of Thought 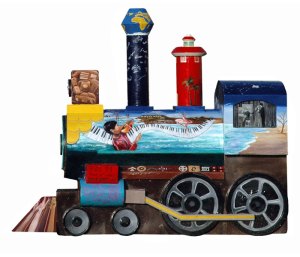 If you are active in this particular support community, you know that I did not make up the “MOA” term.  But I like it.  MOA = Mother of an Addict.  (credit: http://madyson007.wordpress.com).

My strongest MOA sympton right now is a feeling of nervousness in the evenings.  Understand – I don’t live with my addicts anymore and they are both in recovery right now.  So the issues many of you are dealing with are not a direct part of my life at the moment.  And yet, still this hint of anxiety.  It starts as the day closes, and it centers around Al, who is living in a halfway house in another state (not near to me or his dad).  As the sun sets, I begin to feel that tightness in my belly.  As the day grows dark, the quiet thoughts sneak in:  “Maybe he’s thinking about using now.”  “Maybe he used today.” “Is he doing as well as he says he is?” “Where will he turn if he starts using in this new town?”

You are probably familiar with the train of thought.

The good news is that I’m learning to stop the train before it speeds up enough to make it to the tunnel.  It sometimes turns from nervousness to mild fear, but it doesn’t make it all the way to full anxiety or terror.  It doesn’t keep me from sleeping anymore.  When I notice it beginning to chug-chug-chug, I turn to prayer.  I’m talking on-my-knees prayer.  Prayer and an encouraging Bible verse and my nightly gratitude list are enough to stop the train.

There is life after heroin.  God bless you all.

One of the greatest gifts of life is that we have a chance every day for a brand new start.  As long as we’re living, we have the opportunity to start again.  There’s no cap on how many times.  We aren’t born with five little “new start” tickets in our pockets (“Sorry, you used up your last new start when you were twelve”).

Al began one more new start yesterday.  He did choose to stay out of Colorado and instead live at a halfway house in another state.  His dad drove him.

Do we know what happens next?  No, we don’t.  But I’m grateful that he has this opportunity and that he’s grown strong enough and determined enough to give this new start a try.   God bless!

His Next Move, Pt. II

Update:  Al is hoping to be accepted into a sober living facility in either Kansas or Nebraska!  He is choosing not to try to come here or go back to Colorado.  If he accomplishes this, I will call it Check Mate and declare him a winner in this round.  God opens the doors, but we each have to walk through onto new paths.  And the boy is walking.  Amen! 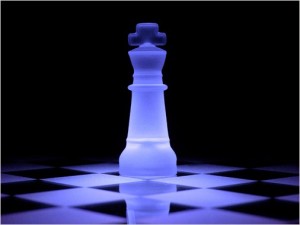 Al has only ten days left in rehab.  At least that’s how it looks right now.  So he is deciding what to do next.  His counselor recommends that he not go back to his hometown since all his connections are there.  He wants to come to a halfway house about an hour away from me.  I don’t know what to say.

First, I said yes.  Then, I talked to his counselor and raised some serious concerns about it.  Could he go somewhere in Colorado that’s not near his friends?  But after that conversation, I felt terrible stress in the pit of my stomach.  It doesn’t feel right.

Maybe he could come here.  An hour away.  Far enough that, without a car, he can’t just pop over to the house.  Close enough that I could pick him up and take him to church and to the house for Sunday dinner once a week.  A place where his only acquaintences would be family and the people he meets in his program.  It feels right to me but I don’t know if I’m trying to control or if I’m trying to aid recovery.  Once again, I’m clueless.  The people in my Alanon group listen to me and nod, but give no advice.

I’m calling his counselor today to talk about it again.  I feel unrest in my spirit.  I have prayed that God would let things fall in place in such a way as to direct him to where he needs to go.  I guess that’s the real answer.  Trust God.  Let go.  Trust God some more.  I’ve never been good at chess – and life really is not a chess game.  If it is, it’s God’s move.