Someone recently mentioned “The Four G’s”  in relation to dealing with the addict or alcoholic in your life.  They are easier said than done, of course, but I liked the general idea:

Of course, for #4 you can put whatever you do that helps you help yourself.  I think it’s a good reminder.  I like the idea that if we try to do everything for the addict in our lives…and if we help them avoid the natural consequences of their behaviors, we rob them of their autonomy and self-respect because we are not allowing them to learn from their own mistakes – which is what leads to recovery.  Our well-meaning efforts sometimes actually get in the way.  We think we’re helping, for instance, by not putting our 19 y.o. out on the streets in the snow … but maybe that’s the precise thing needed to wake up their inner spirit to the idea that they need to change their choices.  I don’t know if I articulated that well enough, but maybe you get the idea.

Whew.  Life’s a wild ride, ain’t it?  Thanks for walking the tough roads together.  It really helps to have companions!

The Heart of the Matter 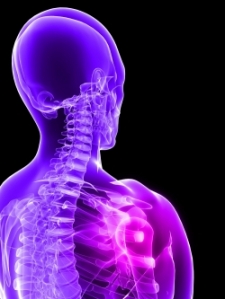 I’ve mentioned that I’ve been attending Alanon.  I don’t have a regular pattern yet, and I haven’t started the steps, but I go to meetings once or twice a week now, and I’m learning some things.

Recently, someone on the circle spoke up: “I am a newcomer to these rooms.  And I’m confused.  I thought coming here would make me feel better, but I’m actually feeling worse.  I’m angry.  I can’t sleep.  I cry … and moreso than before I stepped in this door.  Is that normal?”

Here is a true story that addresses this absolutely normal response to early work in friends and family of addicts and alcoholics:

I have a dear friend I’ll call Tim.  Tim spent 20 years as an officer in the United States Army — a number of them in the jungles of South America fighting the War on Drugs.  During this time, Tim sustained injuries, particularly to his feet, shoulders and back.  These injuries weren’t from being shot or attacked by the enemy … they were sustained just from living in his day-to-day circumstances — carrying a heavy backpack on rough terrain in boots that didn’t support his feet properly.  This isn’t at all against Army conditions, just a description to show that slowly, over time, his living situation caused him deep pain.  But as a soldier determined to complete his assignment successfully, he ignored that pain and just kept on with the battle.

Today, Tim is retired from the Army.  Finally, he is admitting to doctors that his body hurts.  Their xrays and exams showed that Tim, in the long run, had compounded his own injuries by learning to compensate in order to avoid the pain – especially in his shoulders.  If normal motion hurt, he learned to move in a different way, which built up deposits and distorted the use of his muscles.  The doctors performed corrective surgery, which they said was successful.  But the initial weeks – even months – of physical therapy proved to be more painful than the hurt Tim had grown used to.

The medical experts and those who had been through this assured Tim that, by allowing that pain and slowly…gently…doing his exercises every day, he would get through that pain and be healed and fully functional again.  Patience.

It’s the same for those of us whose lives have been changed and whose hearts have been hurt by living with an addict.  We learned to adjust ourselves to work around the condition.  We manipulated our own lives to avoid the deepest pain.  We learned to ignore the signs of harm.  So when we first walk into those rooms of Naranon or Alanon for healing, at first we might feel more hurt than we did before we opened that door.  But in the long run, we’ll experience a deep and lasting healing.

Trust those who have gone before you.  Allow the truths of the program to slowly replace the pain and the misunderstandings you might have embraced in the downward spiral.  You too can find and receive Serenity if you get the heart of the matter.

My daughter is still struggling with our move.  When we lived in Colorado, she had reasons why 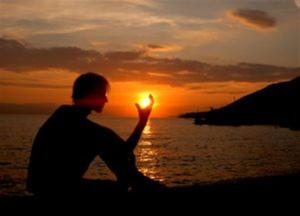 she wanted to leave that place and those circumstance.  Now that we are in South Carolina, she has reasons why she believes Colorado was better, or why South Carolina is not the best place, or whatever.  You get the idea.

I figure it’s time for her to learn something we all learn at some point or another: “Wherever you go, there you are.”  Perhaps addicts learn this more clearly than the rest of us.  Whether in our homes, motel rooms, or on the streets, they still are who they are.  And sometimes the only way for them to learn that is for us to take that hard stand and draw those firm boundaries.

One blog friend has had to do this recently.  It’s painful to read the stories from those who are just getting to that point with their addicts.  I’m grateful to be past that right now; and yet clearly aware that I might end up there again someday.  Relapse is the unforgiven friend you hope never shows up on caller i.d.

One of my favorite poets, Pablo Neruda, says it this way: “Someday, somewhere – anywhere, unfailingly, you’ll find yourself, and that, and only that, can be the happiest or bitterest hour of your life.”   Dr. Wayne Dyer reminds us: “Heaven on Earth is a choice you must make, not a place we must find.”

It’s all about the journey.  Wherever you go, there you are.  My daughter will learn in her own time; as we all do.  So be the blessing you want to see in the world.  I love you all – God bless!

I just have to mention this because it is so odd.  On January 21, I had 235 views of my blog.  That’s WAY out of proportion to any other day.  The only one that comes close is last winter when I reported sending my son to the streets.

It looks like one person read every single post.  Wow.  I’m just curious – who are all those people and where did they come from??

Check out this photo of nerve tissue.  Ugly, huh?  When my nerves take over, this is kind of how I feel though.  Dark, messy, disconnected and all mixed up. Do you feel like that sometimes?  Like this is what’s going on inside your brain?  Or inside your family?  Or maybe even your whole life?

I’ve been going to Alanon, and I’ve been excited that my son is coming to visit, and yet both of those things have triggered in me – for whatever reason – a nervousness that I can’t seem to avoid.  This new attack of nerves, seemingly out of nowhere, is accompanied by random bursts of tears as well.  Hence, I’m “Nerves and Tissues” inside and out.

Oh … and aside from parent-of-addict issues, I’ve taken a new step.  I’ve secured my real estate license and joined a local broker.  In a week I’ll be done with sales training and then there I’ll be – ready to step into a new career that I’ve been dreaming about for many years.  I’m excited … and NERVOUS!  And yet it seems appropriate to take this new start and use it to begin a dream.

So here I am, nerves and tissues, jitters and tears.  Living one day at a time.  Keeping up the good fight.  God bless you all!

[NOTE: I thought I published this four days ago.  I was surprised when I checked in and it wasn’t posted, but just sitting in the Drafts waiting for me to press the magic blue button!]

Here’s what I’d like to do to take one more baby-step toward hosting a conference for parents and siblings of addicts.  I want to rework the survey and send the link out again.  Some of some of my thoughts about various aspects of this project:

I’m just thinking out loud here.  How do we (a) reach people with the idea and (b) make an event affordable.  Those are the two main points.

Thanks for any feedback, ideas, assistance, etc.!  Love you all!

As some of you know, I’m still trying to get the court to lift the restraining order put in place when I called the cops on my son, Dan, back in May 2010.  We are allowed to write letters, and that’s actually been a thoughtful and fun way to communicate.

Happily, my son Al is not in trouble with the courts, and will be coming to visit me at the end of this month!  He is almost two months clean (one slip when he first got out of rehab) and has been doing great.  Fares are low right now and so I thought, before he gets a job and has no time … HOORAY!  The last time I saw him was about four months ago.

How about a Makeover?

Do you recognize this face?  I’m a big “What Not to Wear” fan and now, Clinton Kelly is partnering with Macy’s for the “Million Dollar Makeover” contest.  Honestly, some of you out there probably need this more than I do.  I decided to enter.

I was a little nervous about doing this.  Because – you know – you have to “tell your story” to enter.   They ask about your challenges in life — the most difficult issues you’ve faced recently.  And I wrote that my boys had problems with drugs.  But then I thought, maybe I shouldn’t have.

Okay, what’s the chance that I would be selected as a finalist anyway.  But this is my crazy mind.  I think, what if I did get chosen as a finalist.  What would you do?  Tell your story (and hence your child’s story) to the world, or say, nah, keep the million!  More good than bad to be had there, I think.  But I guess it’s an issue that doesn’t exist yet.

Also, though, I thought I’d give you all a heads-up.  Because maybe someone else out there would like to try for this.  Wouldn’t it be nice to at least be able to afford a quality rehab for your child if s/he needed it?  Or take a vacation just to b-r-e-a-t-h-e ? It’s a dream.  And dream we must.  You can enter here if you want to: http://www.macys.com/campaign/clintonkelly/makeoveramerica.jsp    Have a great day!

Do any of you use yoga or other fitness routines to help eleviate your stress?  I have not yet stuck with anything, but I’m at least interested in yoga and a lady at my church is going to start a class there.

Here’s a good article listing the benefits of yoga.  Take a look:

At the end of September, I posted a link to a survey to gauge your interest in attending a conference created specifically for parents of addicts.   I want to give you all a detailed report of the results as step one to revisiting this idea.

First, a great big THANK YOU to the 17 people who took the time to respond to the survey.  I greatly appreciate you!

Here are the results:

I’ll be posting soon regarding NEXT STEPS.  Please watch for that post because I’d sure appreciate everyone’s input to questions I’ll be asking.

Thanks for being here and, as always:  God Bless!

One Mom Talking: The ongoing story of one mom, three teens, and heroin.
Create a free website or blog at WordPress.com.
Loading Comments...